Louis (age 4) had a very hard time transitioning. He used to have a tantrum every time a transition occurred. We created an individualized visual schedule of his day for him to keep at his work station and shortly after the schedule was given to him he began to transition appropriately between activities. HE understood what he had to do in order to get to the next activity and it made it easier for him to accept the changes and carry them out. Through that visual schedule he was able to do what he was supposed to and the ‘transition tantrums’ became extinct.

Johnny (age 4) used to take a very long time eating his breakfast. However, after we gave him a fun activity to look forward to, he knew he had to finish his first task in order to get to the second and this has helped tremendously, we used a before and after board to assist him understand what he needed to do.

With Yaakov (age 6), our activity schedule strengthened his independent play skills. We taught him how to complete an activity schedule and how to get the toys himself. We built this up with task analysis (breaking up a large task into smaller accomplishments). We started by having a teacher play next to him and give him reinforcement. Next, we introduced having the teacher at a distance while he played. The activity schedule we follow has a picture of legos, then blocks, then puzzles. He must get each toy, play with it, and then clean it up, with a timer to back up the activities. Now, Yaakov cleans up and puts the toys back without being told and when he’s home he can play independently, where as before, he needed someone present at all times. 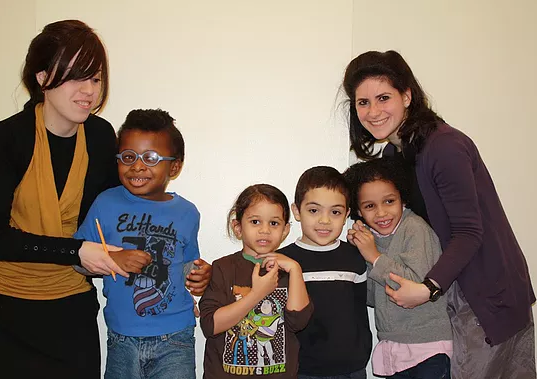 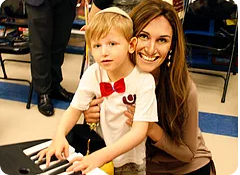 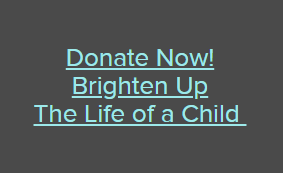 Zachary (age 7) started the year exhibiting multiple non-compliant behaviors such as crying, throwing and hitting. He was not interested in interaction with us, but rather was reinforced by the negative attention he was receiving for his inappropriate behaviors . He was always having bathroom accidents because he would avoid going to the bathroom throughout the day to be in control. Behavioral toilet training was implemented to address this problem. Now, at the end of the year, he’s very independent, asking us to use the bathroom and then going by himself. He is also very social and shows emotion and affection towards his peers and teachers continuously.

Girls Just Want to Have Fun

Maya started at Shema Kolainu - Hear Our Voices when she was three and a half. Our teachers remember when she came to us that she had severely limited language and was infatuated with the letter W. She would walk around with a teabag with the letter W on it and just repeat "W" over and over all day.

Repetitive behavior also known as stimulatory behaviors can be a source of enjoyment for children with autism spectrum disorders and a way to cope with everyday life. On the other hand, they can also limit involvement in other activities and cause distress on the child and the immediate individuals surrounding him or her.

The teacher integrated this behavior with the letter W into Maya's programs - using it as a reinforcer and incorporating the letter W into her token economy schedule. Fortunately after conditioning procedures and using Applied Behavior Analysis, the behavior was replaced with an alternative behavior that is socially appropriate. Now, at age seven, her language and academics have progressed to a point that she is ready to transfer to the less restrictive environment of eight students, one teacher and one assistant, with more advanced learners.

The Educational Coordinator at Shema Kolainu - Hear Our Voices, Chani Katz, was blown away by Maya's success, "Everyone finds it a miracle. Her psychologist, her evaluators, anyone who worked with her from early intervention to today can't believe she's the same Maya that we met a few years ago."

Maya has developed friendships and become socially aware. She is now able to express her likes and dislikes. She voices her wants to interact with other girls, play girly games and wear colorful dresses. Maya has officially turned into our Princess.

One of our Students, Aaron, is very close with his father, he enjoys going to temple with him and dressing up accordingly. Numerous times Aaron saw Dr. Joshua Weinstein, the CEO and Founder of Shema Kolainu, walking down the hallway wearing a tie, like his father does every Saturday.

He began talking to Dr. Weinstein about the tie and stories about going to temple whenever possible. Dr. Weinstein called Aaron into his office one morning, he had a very special present for Aaron - his very own tie. Aaron was so proud to have his own tie.

Through the act of giving him his own tie, Dr. Weinstein was able to connect Aaron's life outside of the school to his school environment, fostering a close bond with the student that is still evident today.

Boys and Their Toys

Like many children that have been diagnosed with autism, 3 year old Daniel would refuse to communicate with words or even gestures. He would get frustrated to the point of tears, and would end up banging his head or pulling the hair of his teachers. They tried to get him to join in with social groups within his preschool class at Shema Kolainu, but he simply refused. Despite the fact that Daniel did not want to communicate, his teachers never gave up on trying and were hopeful that one day he might find a way to express himself. What happened next was beyond what anyone would have expected.

Daniel learned to use a board that had photos of some of his favorite toys and things that he liked. His teachers hoped that he would repeat the names of these items after they said them, because he would not feel as threatened or afraid to communicate about an item that he truly enjoyed.

Eventually, Daniel began repeating words regarding things he liked. He would speak one word, such as "iPad", "truck", or "ball". His communication abilities expanded further when he began saying that he would "want" each specific item.

His ability to convey his desire to hold a specific item is truly astounding, and his journey from being non-verbal to being able to express himself is nothing short of miraculous.

At times, everyone has struggled to find the right words to say. For 5 year old Harlem, overcoming that struggle has been especially difficult; but now, he may have found the right tools for language, with a little help from his teachers.

Until just a few months ago, Harlem got so frustrated when he could not verbalize his thoughts that he resorted to hitting teachers and classmates.

The boy used a digital communication board to speak to his teachers, but his success with this was very limited. He seemed to only grasp a few concepts, which were essentially limited to concrete objects, like iPad, or his favorite foods.

When it came to actions, Harlem was often at a loss. He could not tell his instructors to “open” something, or that he needed to use the bathroom. Furthermore, he had little patience to even wait to turn the board on when he wanted to say something. Tantrums would sometimes ensue when he could not say what he wanted.

After their initial methods produced little success, Harlem’s instructors decided to try sign language. This opened up a new avenue for the boy that brought much success! In just two weeks, Harlem learned many signs, including bathroom, open, more, help, juice, candy, and iPad. He can even combine signs now, like “open playdough.” He has also begun to verbalize, saying part of the word as he signs. “J” goes with the sign for juice.

“He is so much happier now that he can communicate,” says Harlem’s teacher Rivky Ismach. “He goes to the teacher and asks for what he wants. Last year, he never sat at a group table. He did not want to transition from one activity to another. Now he is much more controlled. He sits at lunch now.”

Now Harlem is also making progress by mimicking his peers to improve his communication. His mother is beyond thrilled at the changes she can see in her son. She remarked that he has grown in maturity; he has recently graduated from using a high chair and opted instead to sit at the table, like he does with the other students.

Harlem’s story shows to further illustrate that each child’s mind is unique, and we cannot create a template that accounts for every child’s success. Only by exploring instructional techniques and therapies can we maximize their learning potential.